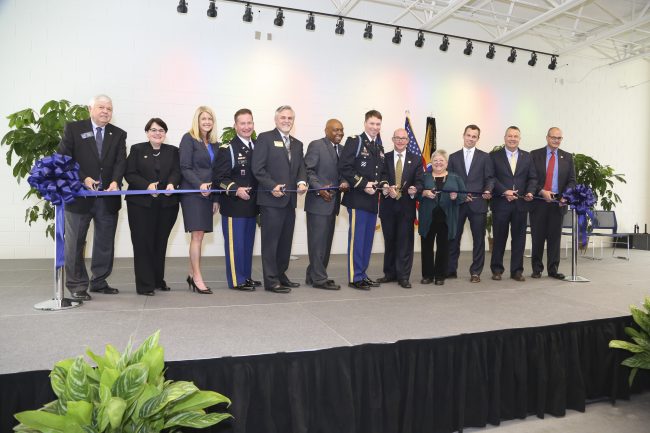 “Georgia Southern is proud to open this special place where the mission reflects the very culture of this University, a culture that puts student success above all else,” said Hebert. “I am honored that we are able to officially open the doors today.” 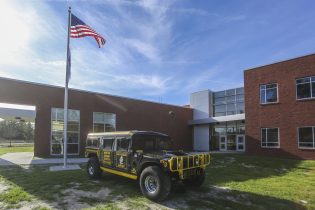 Located at the corner of Forest Drive and Old Register Road, the 32,000-square-foot space replaces the 10,000-square-foot building the Army ROTC Eagle Battalion has occupied for nearly a decade and supports a growing cadre of the best and brightest men and women from across the country. The new Military Science building consists of four classrooms, a state-of-the-art computer lab, conference room with VTC capabilities, 25 Cadre and staff offices, and a 5,000 square-foot multipurpose room for a variety of uses from indoor trainings to events and ceremonies. The new building also provides secure storage space for the program’s equipment.

In April 2014, Georgia Gov. Nathan Deal approved the state budget, which included $9.5 million in funding to the University, allocated for the construction of a new Military Science building.

“We appreciate the University leadership and our state legislators who recognized the needs and provided the means to build a world-class facility for our Army ROTC here at Georgia Southern,” said LTC Erik Kjonnerod, professor of Military Science. “This new facility is a testament to the dedication and support of our mission to provide our Army and nation with top quality commissioned officers.”

The Georgia Southern Army ROTC Eagle Battalion program began in 1980 and serves as the Green to Gold counterpart battalion for both Fort Stewart and Hunter Army Airfield. Georgia Southern’s program is currently the largest of its kind in the southeast United States, with 175 cadets at the University, and also boasts of the largest Army ROTC Nursing program in the nation. The University’s program is one of few ROTC programs in the country to meet or exceed the required number of Army Commissioned Officers over the last decade.

The U.S. Army Cadet Command at Fort Knox, Kentucky, announced in 2016 that Georgia Southern University’s Army Reserve Officers’ Training Corps (ROTC) program was one of the eight winners of the prestigious MacArthur Award for the 2014-2015 school year. Georgia Southern was selected as the top program from 6th Brigade Army ROTC, which includes 39 programs from six states and Puerto Rico. This marks the Eagle Battalion’s third MacArthur Award since 2009.