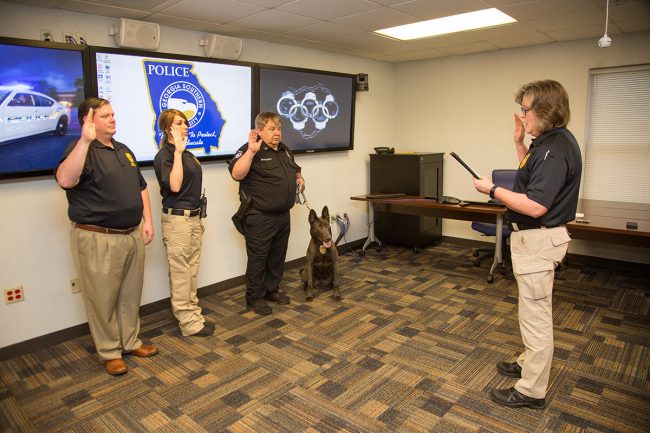 Officer Chad Murray and Officer Chris Doyle were sworn in by Chief Laura McCullough in a ceremony on campus.

K-9 officer Deimos also is new to Georgia Southern’s police department. The Dutch Shepherd is the first canine on the force and the only explosives detection K-9 in Bulloch County. With a trained ability to detect 18 different odors, he will work alongside Patrol Officer Erk McCurdy to assist with explosives sweeps and the needs of other agencies.

“The University’s police department continues to grow to meet the demands of a growing University,” said Chief Laura McCullough. “We were the first public safety force in Bulloch County to incorporate body cameras and in-car recording systems into our daily work and we are excited to have our first explosives detection K-9.”