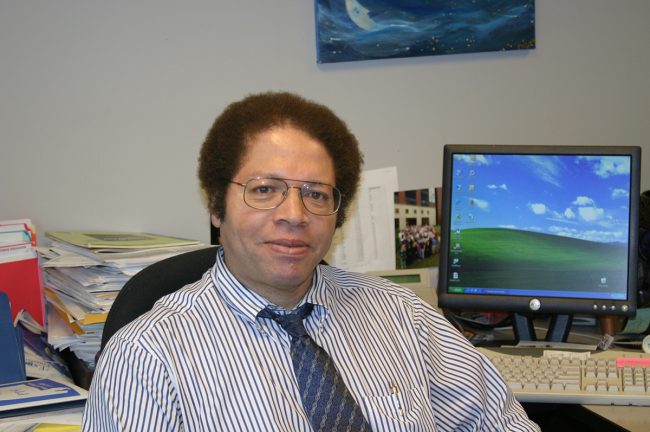 Joseph Telfair, DrPH, MSW, MPH professor of public health practice and research and dual chair of the Department of Community Health and Health Policy and Management, has been named President-elect of the American Public Health Association (APHA).

“My approach to, and practice of, leadership is to utilize my knowledge, skills and experience to identify and take on roles that allow me to make the greatest contribution to public health,” said Telfair. “Having this leadership gives me a unique and privileged opportunity to serve.”

Telfair has nearly 31 years of experience as a clinician, community advocate, academic, evaluator, project director and researcher. He has been a public health faculty member, advocate and leader in three schools of public health for 23 years, working with diverse populations in community-based settings, primary care and public health. Telfair is the Karl Peace Distinguished Professor of Public Health in the Jiann-Ping Hsu College of Public Health at Georgia Southern.

As a 28-year member of APHA, Telfair has served in numerous leadership roles such as being a member of both the maternal and child health and social work sections, member and chair of the nominating committee, member of the executive board, finance committee, governance committee, strategic planning committee, social responsibility committee and on the membership development taskforce.

“Based on my years as a member, I have been fortunate to gain vast experience and knowledge of APHA and have continually demonstrated my commitment to the organization and the cause of public health,” said Telfair.

Telfair’s name was submitted by his APHA sections and by the Georgia Public Health Association to the association’s nominating committee. He and one other candidate were then selected and their names were sent forth to a 200 member governing council and 17 member executive board who, after a six month campaign, elected one of those candidates. Telfair won the election.

APHA is the nation’s and the world’s leading public health organization, representing over 25,000 members from all disciplines of public health in the US and in over 40 countries.