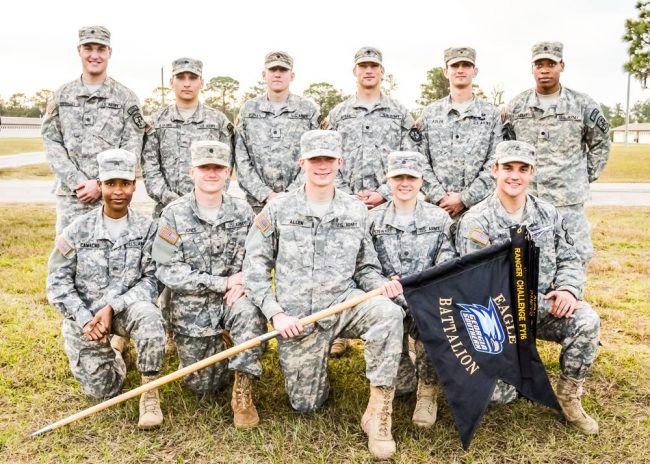 Georgia Southern finished first in both the weapons assembly and night land navigation. The University of Alabama took top honors and will represent the 6th Brigade in April at the United States Military Academy’s Sandhurst competition.

“This year we had a solid team. We trained hard all year, and I think we showed the other teams that we were a physical and tactical powerhouse during the competition,” said Team Captain and student David Adler. “I expect that in future years this team will continue to win state and compete in and win the brigade competition. The future of Georgia Southern Ranger Challenge will only go up from here, and it won’t be long before this team will be competing at Sandhurst.”