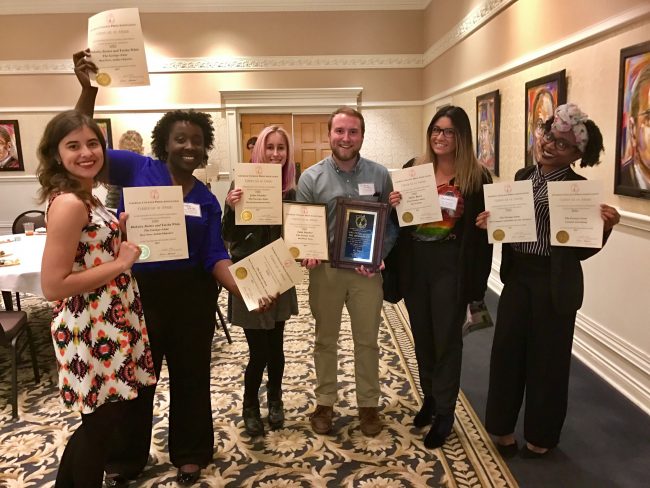 “We don’t measure our success with awards, but it’s very nice to see students’ hard work recognized in this contest,” added David Simpson, director of student media and advisor for The George-Anne.

The awards were presented during the Georgia College Press Association Conference held Feb. 10-11 in Macon, Georgia. Several students on staff for The George-Anne attended the conference, which was held at Mercer University.

“It’s nice to be able to bring home awards like this because it shines a light on those who dedicate a lot of time and care to our organization,” said Editor-in-Chief/Print of The George-Anne, Ian Leonard. “Of course these accomplishments are not my own and are all thanks to the reporters and editors who worked so hard on all these stories.”

Tahir Daudier, a photographer on staff for the newspaper, won Best Photo Essay in the competition.

“Words can’t express how grateful I am to be honored from a prestigious organization like the Georgia College Press Association,” said Daudier. “Working in press is taking an oath to serve the people to the best of your abilities with pride, love, ethically sound decisions and, above all, truth. As a cultivator of visual storytelling, receiving the first place, Best Photo Essay Award, to me is the highest honor.”

The George-Anne competed with at least 15 other student newspapers associated with four-year institutions in Georgia, and received the following awards: