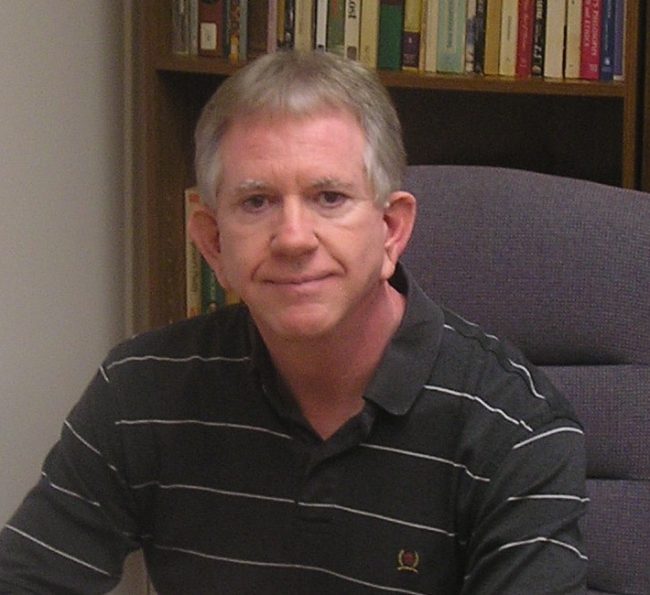 The College of Liberal Arts and Social Sciences’ (CLASS) 2017 Great Minds Lecture Series concludes with “Jonathan Edwards, Andrew Fuller, and the Recasting of Calvinism in Fuller’s The Gospel Worthy of All Acceptation (1785)” on April 19 at 5:30 p.m. in Russell Union room 2047.

Timothy Whelan, Ph.D., from the Department of Literature and Philosophy, will deliver the lecture that focuses on how Fuller’s theological treatise transformed ideas about Calvinism’s emphasis upon divine sovereignty and individual faith into an “evangelical Calvinism” that generated worldwide missionary movements.

Whelan is a professor of English and joined CLASS in 1989. He graduated with a Ph.D. from the University of Maryland in 1989 and is the author of more than a dozen books, including his monograph “Other British Voices: Women, Poetry, and Religion, 1766-1840 (Palgrave, 2015)” and his edition, with Michael McMullen, of “The Diary of Andrew Fuller (Berlin, 2016), Vol. 1” in the Collected Works of Andrew Fuller, ed. Michael Haykin.

Fuller (1754-1815), Baptist minister at Kettering and founding secretary of the Baptist Missionary Society, shaped the future of Baptists worldwide through his treatise, The Gospel Worthy of All Acceptation (1785). Fuller rejected the High Calvinist position that an “open” call to repentance undermined God’s prerogative of election and predestination as set forth in John Calvin’s Institutes (1527).

Fuller argued that the scriptural doctrine of divine sovereignty did not preclude an “obligation,” or “duty,” on the part of the “unregenerate” to exercise faith. Fuller, like the American divine Jonathan Edwards, attempted to mediate between two uncompromising opposites: High Calvinism’s fatalistic, passive faith and a more active, Arminian faith grounded in free will.

Calvin’s Institutes of the Christian Religion, Fuller’s The Gospel Worthy of All Acceptation, and Edwards’ A Careful and Strict Enquiry into the Modern Prevailing Notions of that Freedom of Will and A Treatise concerning Religious Affections will be on display during the lecture.

These documents will also be on display through May 5 at the Zach S. Henderson Library’s Remnant Trust Exhibit.

For more information on the 2017 Great Minds Lecture and to view a full schedule of the lectures visit class.georgiasouthern.edu/greatminds.