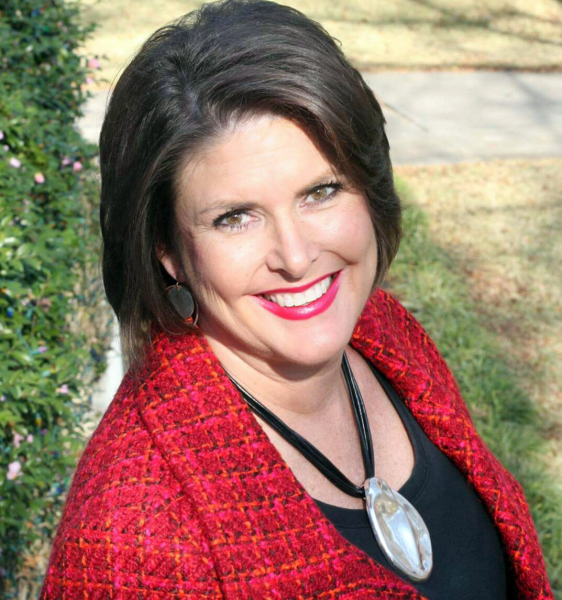 Hardy was one of five teachers recently honored by the South Carolina Department of Education as a nominee for the state’s title of Teacher of the Year. Though she was not named the recipient of the state title, Hardy will serve on the South Carolina Teacher of the Year Honor Court for the upcoming year. As a member of the Honor Court, Hardy received $10,000 and will have the opportunity to represent Aiken County at speaking events across the state.

Hardy says to fully understand the impact of these achievements, one must understand what the past year has entailed for her and her family. Hardy’s husband, Kerry, was diagnosed with lung cancer in September 2015.

“As we navigated through the days and weeks thereafter, I fought to stay focused in the classroom and refused to lessen my expectations,” she explained. “I was totally flummoxed when I was nominated at the school level, and never dreamed I would be named Teacher of the Year for North Augusta High School (NAHS).”

Having reached her fifth year at NAHS, Hardy was overjoyed to find out she was not only the school’s Teacher of the Year, but she was nominated for the title of the Aiken County School District’s top teacher as well. She explained that on the day of the district banquet, she was sick, lost her voice and had her husband’s upcoming appointment for scans and treatment on her mind.

“I was so overwhelmed with all that we faced, I could hardly comprehend what was happening when my name was called as the district Teacher of the Year,” said Hardy. “If you had been there, that would have explained my uncontrollable crying and inability to make a coherent comment.”

Hardy says she cannot take all of the credit for her recent accolades.

“I did not earn the title of Aiken County Teacher of the Year or state finalist on my own,” she said. “My administration–John Murphy, Paige Day, Sheldon Higginbottom and John Bradley–, my co-workers and the staff at North Augusta High School have been invaluable to me over the past year.”

As the district’s top teacher, Hardy was appointed to the Aiken County and South Carolina teacher forums which discuss and address educational issues on the district and state levels. Her learning and growing experiences have been too many to count, and she says the support from her community only reaffirms the passion she has for her chosen profession.

“Teaching is a calling,” said Hardy. “It requires passion, love, enthusiasm, drive, determination, a willingness to fail and try again (often several times a day), ever growing knowledge of our content areas and of changing practices and a decision to stay in it for the long haul.”

Hardy knew in high school that her interests included English and teaching.

“I could think of no greater calling, especially since my grandmother was a teacher and had been such a wonderful influence, and two of the people I most admired were teachers, as well,” she explained.

While working as a full-time educator, Hardy earned a master’s in adult vocational learning and a doctorate in curriculum studies from Georgia Southern.

When asked what her future plans entail, Hardy said, “I will be in the classroom for the next 15 years, at least.”

She also plans to continue writing, publishing and presenting at conferences as well as collaborating with her peers to expand and grow her knowledge.

“As a mentor and teacher leader, I find myself longing to work in a capacity to encourage and edify those in my profession, especially educators in their first five years in the classroom or those who have lost their passion,” explained Hardy. “I’m not sure exactly what shape that work will take, but I feel strongly that support for these educators and sharing the culture of care throughout a school will ultimately impact more students than I can on my own.”