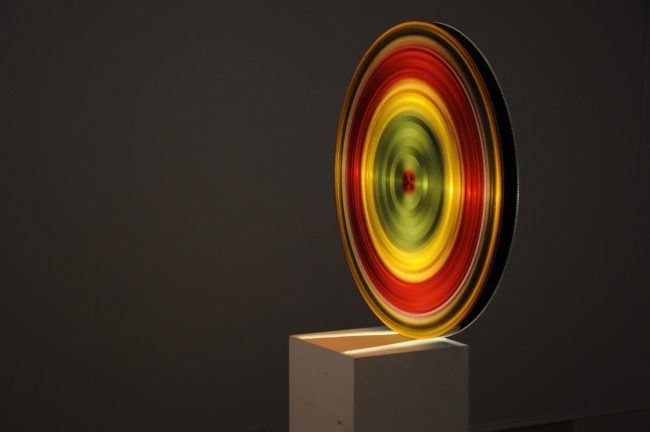 The Georgia Southern University Betty Foy Sanders Department of Art presents work by digital media artist Jeffrey Moser Aug. 14 through Sept. 15 in the University Gallery at the Center for Art and Theatre.

The public is invited to learn more about Moser and his work during an Artist Talk on Aug. 31 at 5 p.m. in Arts Building, room 2071. A reception will follow at 6 p.m. at the Center for Art & Theatre.

Working with a variety of approaches to offset, duplicate and transform visual images, Moser renders moving pictures static and flat pixels into spatial forms, using the transmediation of audiovisual artifacts as both subject matter and medium.

“Digital and new media art faces an interesting challenge in that it lacks the specifically defined purpose of most other digital modes of experience in our culture, like advertising images, book suggestion algorithms, and so on, but it also has to function as fine art while lacking most of the components we typically associate with ‘fine art,’” said Georgia Southern Gallery Director Jason Hoelscher.

“I’m looking forward to showing Jeffrey Moser’s Transmedia PreDelay exhibition here at Georgia Southern because his work is poised on a very fine line, looking forward into advanced applications of technology and immateriality, while also remaining grounded in ideas of expression and objecthood that have determined the path of art for so long,” Hoelscher continued. “I’ve had sneak peeks at some of the works Jeffrey is putting together, and all I can say is this will be a must-see exhibition.”

Moser received his Master of Fine Arts from the University of Delaware in 2010. He currently is a Teaching Assistant Professor of Interactive Media Design at West Virginia University. His video work has been included in ACRE TV, Co+Lab in Austin, Texas, and in an exhibition in Zagreb, Croatia, as part of the “I, Daughter of Kong” Research group. Other works have been screened at the National Gallery as part of the 32nd Black Maria Film Festival and a solo exhibition at the Phillips Museum at Franklin and Marshall College.