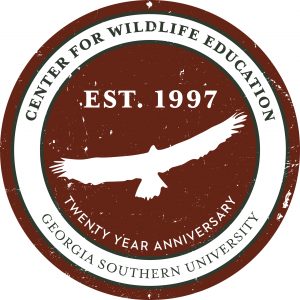 This year marks the 20th year of operation for Georgia Southern University’s Center for Wildlife Education and Lamar Q Ball, Jr. Raptor Center located on the Statesboro Campus. The grand opening of the new exhibit, Under Attack, on Feb. 3 will highlight the celebration.

Since its opening, the Center for Wildlife Education has expanded from 4.5 acres focused primarily on raptors and reptiles to now 18 acres showcasing a waterfowl pond and cypress swamp among other exhibits.

The Center’s Founder and Executive Director Steve Hein plans to continue meeting the need of providing environmental education opportunities to K-12 children and citizens in Georgia and beyond for years to come.

“The public is aware of the many environmental concerns confronting us today,” said Hein. “What’s not making it to the forefront is the negative impact of invasive species on our native species. The exhibit will showcase what kind of impact they are having, not only here in Georgia, but also in the country.”

The new exhibit, which will be a permanent feature of the Center, uniquely displays species that are not native to Georgia and their impact on native flora and fauna species, the economy and the quality of life for humans. Featured species will include a Burmese python, feral hog, mosquitoes, lion fish and many others. Visitors will have an opportunity to view some live and taxidermy species and use an interactive educational map and display to learn more about how invasive species impact their region and the state.

The joint celebration and grand opening, which is open to the public, will also bring together board members, donors and campus community members that made the Center a reality and continue to generously support the mission of environmental education.

The grand opening of Under Attack is set for Saturday, Feb. 3, at 1 p.m.