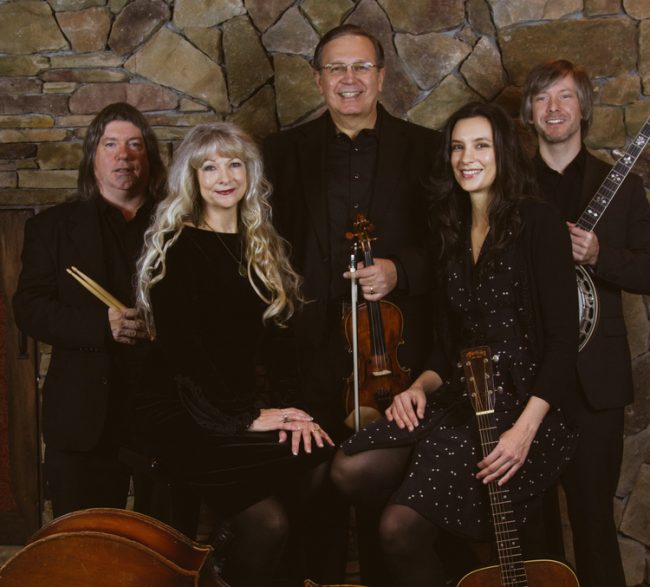 The bluegrass band hails from Gainesville, Georgia, and is composed of Chuck Nation (fiddle/mandolin), Susan Nation (acoustic bass), Jody Hughes (guitar/banjo), Libby Nation (mandolin/guitar/piano) and Steve Vincent (drums). They have toured internationally and performed in Ireland, China and Inner Mongolia. They have also performed at historic venues in the United States such as Carnegie Hall in New York City and the Ryman Auditorium in Nashville, Tennessee.

The band, along with Tim Sharp, executive director of the American Choral Directors Association, will also perform “Come Away to the Skies: A High Lonesome Bluegrass Mass” on Sunday, Feb. 11 at 8:15 a.m. at Trinity Episcopal Church and at 11 a.m. at First Presbyterian Church in Statesboro.

“As we were developing a variety of programming for the winter and spring of 2018, we realized that the diversity of styles and performers we are bringing to the community might be better communicated as a collective event and out of that discussion came the idea for a Vocal Arts Festival,” said Music Professor Allen Henderson, D.M.A.

The Chuck Nation Band performance will be followed by a series of other community events throughout March and April.

“Statesboro and Georgia Southern are home to people with diverse musical interests, so we have partnered with a variety of individuals to bring composers, vocal coaches, singers, conductors and award-winning bluegrass performers to Statesboro to not only enrich the education and performances of our students, but to also celebrate the diversity of music our citizens enjoy. This is a true collaboration of various campus and community groups,” said Henderson.