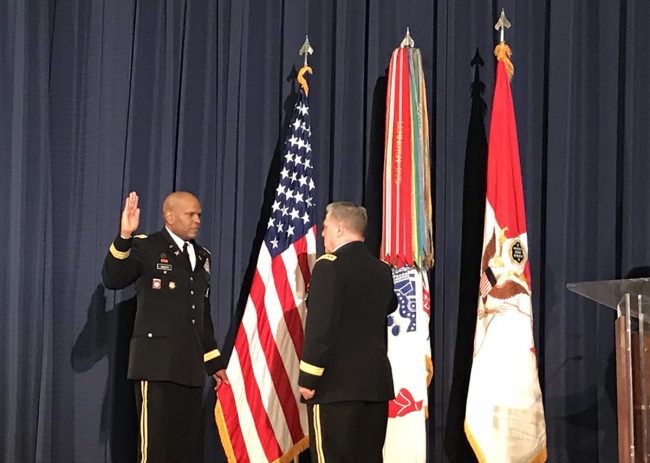 Smith, who currently serves as deputy to the inspector general for the Office of the Secretary of the Army, is actively involved with Georgia Southern. He serves as mentor to the Army ROTC Eagle Battalion, keynote speaker for commissioning ceremonies, member of the Alumni Association’s First 500 and supporter of the University’s College of Business. He received the College of Business Alumni of the Year award in 2017 and the Georgia Southern Alumnus of the Year award in 2011.

Smith received his commission in the U.S. Army from Georgia Southern in 1983 as a field artillery officer. In 1985, he completed a bachelor’s degree in accounting as a distinguished military graduate and entered the Army as a chemical officer. Smith holds a Master of Science degree in administration from Central Michigan University and a Master of Arts degree in national security strategy from the National Defense University.