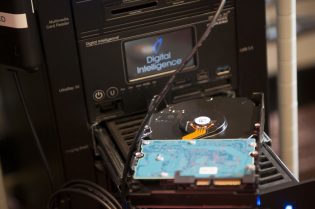 The Center for Applied Cyber Education, located on Georgia Southern’s Armstrong Campus, is an interdisciplinary center and recognized national leader in cyber education and training.

SAVANNAH, Ga. – Georgia Southern has been ranked No. 8 on the 2018 Military Times 10 Best Cybersecurity Programs list. The University’s Center for Applied Cyber Education (CACE), an interdisciplinary center and recognized national leader in cyber education and training that manages university-wide cyber education initiatives, is located on the Armstrong Campus in Savannah.

“It is an honor to be recognized for our cybersecurity programs by Military Times,” said CACE Executive Director Scott Scheidt. “We look forward to strengthening our division even further with new designations and growth in cyber selection for majors and minors with our new Georgia Southern family student body.”

According to Military Times, to make the second annual ranking of cybersecurity programs list, schools first had to participate in its survey of colleges used to compile the 2018 Military Times Best: Colleges rankings last fall. The results, plus data from the federal education, defense and veterans affairs departments on how schools stacked up across five categories – culture, academic quality and outcomes, policies, student support and cost and financial aid – accounted for half of a university’s ranking.

“The rankings were more competitive than ever this year, as a record number of schools participated in our annual survey, and less than half made the cut,” stated the Military Times.

In addition, CACE manages university cyber education designations that include the NSA and DHS National Center of Academic Excellence in Cyber Defense Education, and the Department of Defense Cyber Crime Center of Digital Forensics Academic Excellence. Georgia Southern is only one of 14 institutions in the country to hold both federal designations.