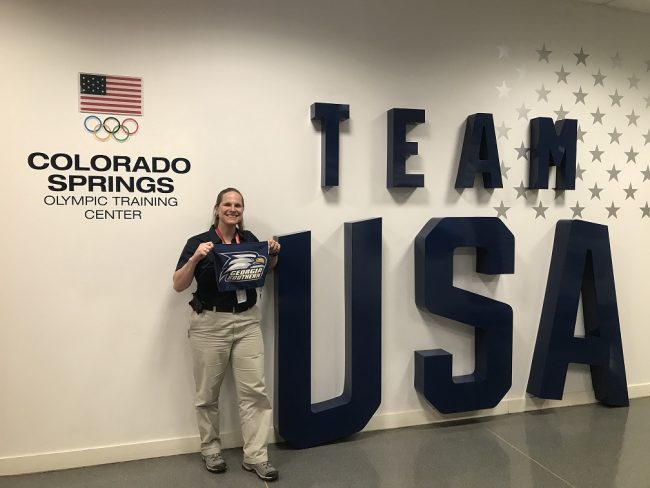 “I was excited about being able to work with Olympic-caliber athletes,” said Donovan, an athletic training coordinator at Vereen Rehabilitation Center in Moultrie, Georgia. “I work with outstanding high school athletes in my current job, but the Olympics are a whole different level. Athletes at the Colorado Springs training center are full-time athletes.” 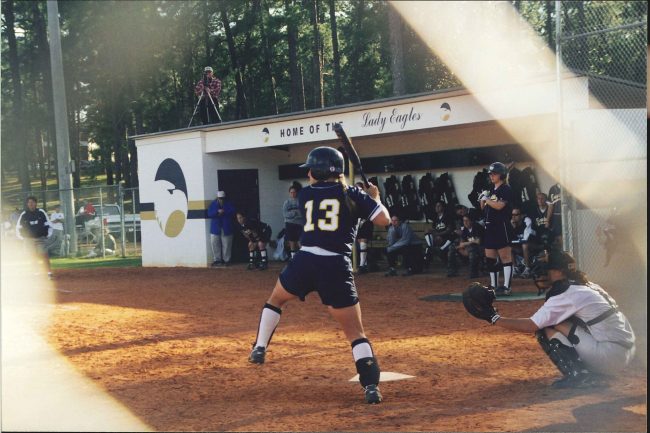 Donovan, who played softball and was part of the University Honors Program during her time at Georgia Southern, applied to be a volunteer athletic trainer for the esteemed program and was accepted by the U.S. Olympic Committee. At the OTC, she worked with past Olympians and Team USA hopefuls who live at the facility, which operates year round.

“Being in that situation is hard to describe,” she said. “It was quite an experience. Most of the athletes I met and worked with were summer sport athletes, and I fully expect to see some of the people I worked with competing in Tokyo in two years [at the summer Olympic Games].”

Donovan is no stranger to the Olympics, either. In addition to being a lifelong fan of the games, she tried out for Team USA’s softball team in 1996 when the sport was first introduced to the Olympics. Though she didn’t make the team, she said she always dreamed of being involved with the games in some way.

But what Donovan enjoyed most from the whole experience was working with Paralympians, athletes with physical challenges, who compete in various sports, including Judo, cycling and track and field.

“Being there was my first exposure to a large population of para-athletes, and I enjoyed it just as much as I did working with [traditional] gymnasts, boxers and wrestlers,” she said. “Everybody is different and has their own special story. It was really fun getting to know them.”

Working with these athletes was impressive and enjoyable, she said.

“What they’re able to do, considering they may be a double amputee or have a traumatic brain injury stemming from being hit by a truck as a child, is amazing,” Donovan said. “A lesser person would give up in that situation, but these athletes find purpose in that competition, and that’s what drives them.”

Motivated by these athletes, Donovan hopes to continue volunteering for the training rotations and eventually work with athletes at all the Olympic training facilities in the country.

Donovan’s ambitions inspire her to share her dreams and experiences with current Georgia Southern students.

“In general, I tell students to never miss an opportunity to do something that will make you better as a professional,” she said. “I know there is always something I can do and learn and get better.”