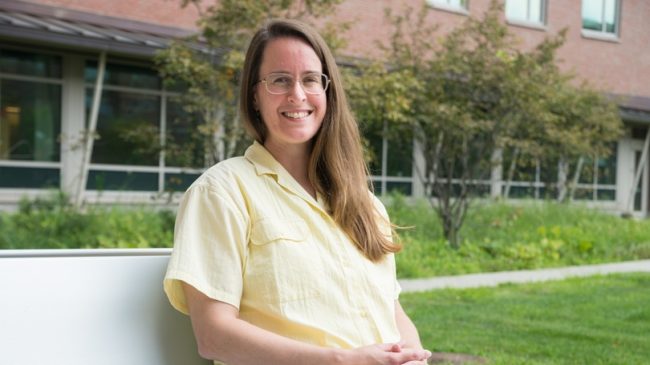 Cottingham, professor of arts and sciences at Dartmouth College, will present, “Arsenic in Water and Food: What Might it Mean for You and Your Family?”

Research has shown chronic, low-level exposure to arsenic is associated with skin, lung and bladder cancer, skin lesions, vascular diseases, low birth weight, increased susceptibility to infection and reduced intellectual abilities. Humans are generally thought to be exposed to the more toxic, inorganic form of arsenic primarily through drinking water. In addition, an emerging body of work suggests elevated concentrations of arsenic in common food items, including rice and rice-based products, seafood and alcohol, may pose an additional risk to consumers.

Cottingham’s lecture will highlight her recent collaborative work on the study of arsenic, including her cohort studies that recruit pregnant women who drink water from private wells.

Cottingham has broad interests in ecology and its applications to environmental health. In 2015, Cottingham was named the Dartmouth Professor of Arts and Sciences, an endowed professorship that honors faculty whose scholarship, teaching and service exemplify Dartmouth’s core mission. In that same year she was named a Fellow of the Ecological Society of America and began serving as chair of the school’s Biology Department. She is currently on leave from Dartmouth to serve as a rotating program director in the Division of Environmental Biology at the National Science Foundation.

This presentation is funded through the LeConte Scholars Program, the oldest endowed visiting scholars program at Georgia Southern. Named for Joseph LeConte, a prolific naturalist and scholar who was born and raised in nearby Liberty County, Georgia, this program has hosted such world-renowned scientists as Eugene P. Odum, Paul Ehrlich, Edward O. Wilson and Rita R. Colwell. Cottingham will be the 26th speaker in the series.

The event is free and open to the public. A reception at the Georgia Southern Museum will follow the lecture.