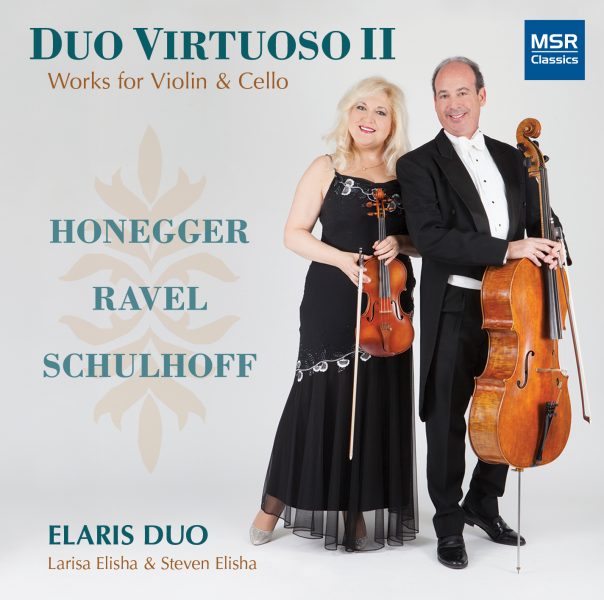 Elaris Duo was awarded in the duo and new release categories for “Duo Virtuoso II – Works for Violin and Cello,” a colorful program of 20th-century European masterpieces written between the two World Wars.

“We are very humbled, honored and proud to receive a Global Music Award,” Larisa Elisha said. “It is very exciting to receive appreciation and international recognition for our duo and this unique duo program featured on our recent MSR-Classics release.”

The Elishas have gained national and international attention with performances at the Bergen International Festival, Lithuanian Music and Theatre Academy, National Taiwan University of the Arts, Summit Music Festival and Sunflower Music Festival.

Steven Elisha serves as the head of the string area, director of orchestras and conductor for the Georgia Southern Symphony, and Larisa Elisha is coordinator of upper strings studies. They both joined Georgia Southern in 2011.

Established in 2011, the Global Music Awards is one of the most prestigious international music competitions and celebrates independent musicians from more than 62 countries.