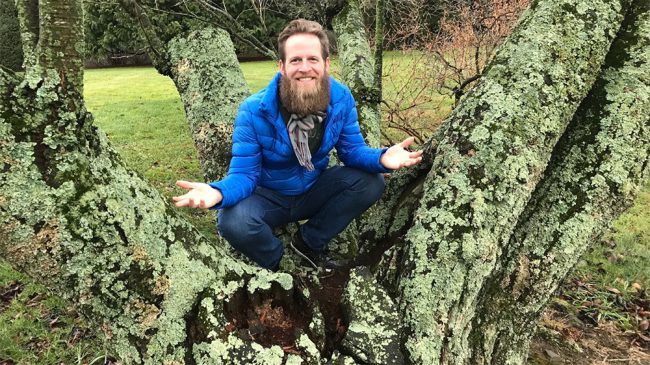 Van Stan, along with Philipp Porada, Ph.D., from the University of Potsdam in Potsdam, Germany, and Axel Kleidon, Ph.D., from the Max Planck Institute for Biogeochemistry in Jena, Germany, studied the effects of nonvascular vegetation, such as lichens and mosses, on precipitation and the water cycle.

This contribution has so far not been considered in global land surface models, which simulate the water cycle and temperature at the land surface.

“While our attention has been on more charismatic vegetation like forests, the little guys, like lichens and mosses, have been doing some heavy lifting in the global water cycle,” Van Stan said.

Lichens and mosses can be found around the world as the dominant form of vegetation in deserts and as epiphytes, a non-parasitic plant that grows on another plant, on trees in forests. These organisms can absorb a lot of water and thereby, capture rainfall before it reaches the ground, then evaporate it away before it can infiltrate the soil.

“If the global biomass of lichens and mosses changes as a result of climate change or land use change, this will have consequences for the global water cycle and the land surface temperature,” Porada said.

Van Stan is not finished with his research on lichens, mosses, and other epiphytes, like Spanish moss and resurrection fern. Next spring, he will begin collecting data for a project with the Savannah Tree Foundation and Georgia Conservancy to estimate the monetary value of the ecoservices provided by Savannah’s epiphytes.

Tags: College of Science and Mathematics, Department of Geology and Geography