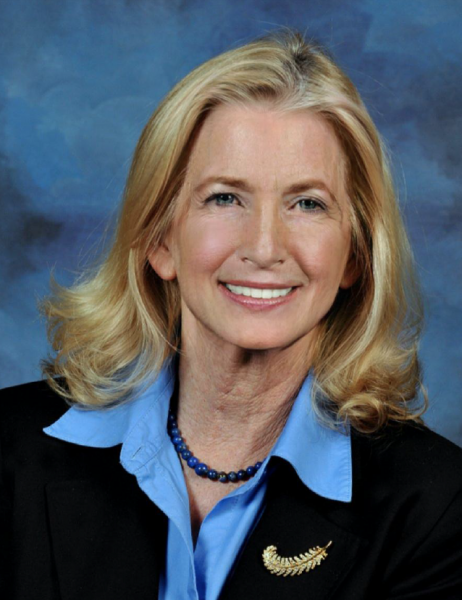 Hotter summers, rising sea levels, forest fires and climate extremes are telltale signs that a focus on sustainable practices in relation to climate change is necessary according to Marilyn A. Brown, Ph.D., the featured speaker at this year’s Norman Fries Distinguished Lectureship Series.

Brown, a leading expert in clean energy, climate change and energy efficiency, will share her knowledge on challenges and opportunities related to national climate change and how it will impact our future during her lecture titled, “Enabling the Great Energy Transition: Technology and Policy Challenges and Opportunities,” at 7:30 p.m. on Oct. 18 in the Assembly Hall of Nessmith-Lane Center, 847 Plant Drive. The event will also be live streamed at the Ogeechee Theatre in the Student Union on the Armstrong Campus.

Brown is a Regents’ professor in the School of Public Policy at the Georgia Institute of Technology. At Georgia Tech, she created and directs the Climate and Energy Policy Lab in the School of Public Policy. Prior to joining Georgia Tech, she worked 22 years at Oak Ridge National Laboratory (ORNL), where she conducted several national climate change mitigation studies and became a leader in the analysis and interpretation of energy futures in the U.S.

Her research focuses on the design and modeling of energy and climate policies, with an emphasis on the electric utility industry. Prior to ORNL, she was a tenured associate professor in the Department of Geography at the University of Illinois at Urbana-Champaign.

From 2010 through 2017, Brown served on the board of directors of the Tennessee Valley Authority, where she helped put the agency on track to reduce its CO2 emissions in 2020 by 60 percent relative to 2005 and developed the concept of an “energy efficiency power plant.”

She has authored more than 250 publications and six books including Fact and Fiction in Global Energy Policy (Johns Hopkins University Press, 2016). Her co-authorship of the “Intergovernmental Panel on Climate Change” report on Mitigation of Climate Change garnered her co-award of the 2007 Nobel Peace Prize. She has served on eight committees of the U.S. National Academies and currently is in her second term as a member of the U.S. Department of Energy’s Electricity Advisory Committee, where she is vice chair of the Smart Grid Subcommittee.

The annual Norman Fries Distinguished Lectureship series began in 2001. It is funded by an endowment in honor of the late Norman Fries, the founder of Claxton Poultry. In his more than 50 years of business, Fries built the company from a one-man operation into one of the largest poultry production plants in the United States. Past Fries lecturers include David Oreck of Oreck Vacuums, South African apartheid author and lecturer Mark Mathabane, NASA director James W. “Jim” Kennedy, author and historian Gordon S. Wood, Nobel prize-winner Dr. William D. Phillips, best-selling author Susan Orlean, concussion expert Dr. Russell Gore, award-winning ethologist and biologist Frans de Waal, Ph.D., and, most recently, Col. Frederick Gregory, the first African-American man to pilot and command a space mission and serve as the deputy administrator of NASA.