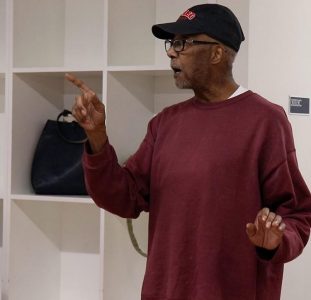 As part of the celebration, a panel of speakers will address the works of Baldwin, the integration of Georgia Southern and the role of African-American theatre on Nov. 12 at 7:30 p.m.

Cast members from the original Georgia Southern production and members of Georgia Southern’s The First 500 club are contributing to a display in the Black Box Theatre lobby and the Zach S. Henderson Library on Baldwin’s work and desegregation at the University.

“The Amen Corner” takes place in a corner church and in the Harlem apartment of pastor Margaret Alexander, her son, David, and sister, Odessa. After giving a fiery Sunday morning sermon, Margaret is confronted by the unexpected arrival of her estranged husband, Luke, who collapses from illness shortly after his arrival in her home. Luke’s return brings about a conflict within both the church and the family as the true history of Margaret and Luke’s relationship is revealed.

Baldwin broke literary ground with the exploration of racial and social issues in his many works, and “The Amen Corner” was his first time writing for theater. He is especially known for his essays on the black experience in America. “The Amen Corner” focuses on dissension between art and religion, love of others, and love of the lord.

Ticket prices are $12 for general admission and $6 for students, seniors and members of the military. Group rates are available. For more information and to buy tickets, click here.