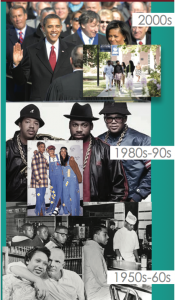 Most events will take place on the Statesboro, Armstrong and Liberty campuses and are free and open to the public. Highlighted events include:

Noted author and journalist Roland S. Martin will serve as the speaker for this year’s Martin Luther King Jr. Celebration. Named four times as one of the “150 Most Influential African-Americans in the U.S.” by Ebony, Martin is host of the daily online show #RolandMartinUnfiltered. He is also the author of three books, including The First: President Barack Obama’s Road to the White House as originally reported by Roland S. Martin, and is a four-time NAACP Image Award winner.

Diversity Peer Educators will host a conversation about the integration of the Statesboro Campus. Joining the conversation will be alumni who were among the first African-American students to attend Georgia Southern.

The NAACP will host an interactive panel to discuss the various health disparities in the African-American community. Health disparities are preventable differences in the burden of disease, injury, violence or opportunities to achieve optimal health that are experienced by socially disadvantaged populations.

“BlacKkKlansman” is the story of Ron Stallworth, an African-American police officer who successfully managed to infiltrate the Ku Klux Klan with the help of a Jewish surrogate who eventually became its leader. The Spike Lee-directed film landed six Academy Award nominations including best picture and best director.

Associate Professor of Communications and Africana Studies Elizabeth Desnoyers-Colas, Ph.D., will give a lecture on the conflicting imagery of colorism in the African-American community. The presentation will examine colorism from a historical, social and cultural perspective.

The National Pan-Hellenic Council yard show will feature short step performances and discussions about the history of stepping and the evolution of strolling in historically black fraternity and sorority culture. An attendance fee of $5 will be charged.

This day-long event will be hosted by Student African-American Sisterhood.

Take a tour with Day Clean Journeys and learn about African-American contributions to the City of Savannah. Venues will include the Ralph Gilbert Civil Rights Museum, First African Baptist Church and other local points of interests. This trip is free for students, except for lunch. Transportation will be provided from all campuses, but space will be limited.

Men of Vision and Excellence will host this summit designed to empower young men in areas of scholarship, community engagement and campus leadership. The summit will feature an opening motivational speaker, breakout sessions, Gentlemen’s Luncheon and an empowerment panel. The event is free, but pre-registration is required. Spots are limited.