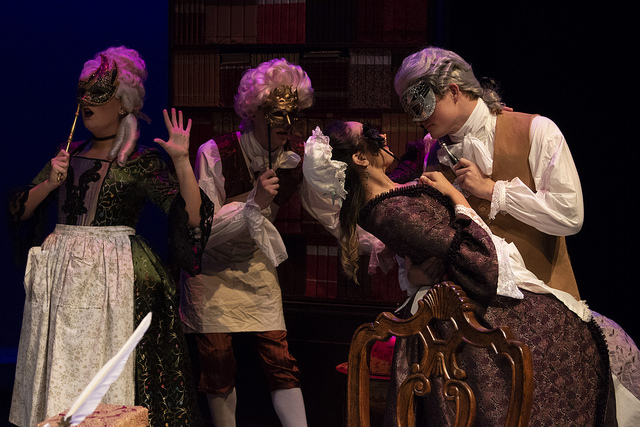 “One of the truly great things about ‘Emilie’ being selected is that the show has three student designers whose work is being honored,” said Lisa Abbott, M.F.A. “We take pride in the high quality of our productions and it is great when the work is recognized for its quality.”

KCACTF is a national theater program involving 18,000 students from colleges and universities nationwide which has served as a catalyst in improving the quality of college theater in the United States. KCACTF has grown into a network of more than 600 academic institutions throughout the country, where theater departments and student artists showcase their work and receive outside assessment by KCACTF respondents.

The festival is a year-round program with eight geographic regions in the United States. Regional activities are coordinated through faculty from member colleges and universities. Region IV consists of schools and theatre programs in 10 states throughout the southeast stretching from Kentucky to Florida and two territories, Puerto Rico and the Virgin Islands.

The regional festivals celebrate the work of student artists in playwriting, directing, acting, design, management, dramaturgy, arts administration, and journalism and advocacy. Students participate in fellowships and auditions, and some students are invited to attend the National Festival at the Kennedy Center in Washington, D.C., in April.

Tags: College of Arts and Humanities, Department of Communication Arts