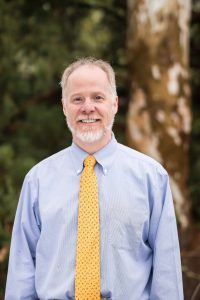 Georgia Southern University’s Steven Engel, Ph.D., director of the University Honors Program, was named a 2018 Fellow of the National Collegiate Honors Council (NCHC). Fellows are recognized for their scholarship, service and leadership in honors education on their home campus and in the national honors community. Engel joined Georgia Southern in 1999 and is an associate professor in the Department of Political Science. He has been the director of the University Honors Program since 2005.

In addition to growing the program and developing its opportunities for Georgia Southern honors students, Engel has also been involved in honors education at the state, regional and national level. He has published scholarship on honors best practices, curriculum and study abroad trips. He has served as the president for the Georgia Collegiate Honors Council and as president for the Southern Regional Honors Council. At the national level, he has served on the NCHC finance committee since 2008 and has been treasurer and a member of the executive board since 2014.

“Dr. Engel has provided exceptional leadership for the National Collegiate Honors Council,” said Mary Beth Rathe, executive director of the NCHC. “As a treasurer of the organization, Steve’s tenure has provided stability through the transition of presidents and executive directors. He is a passionate leader of the organization and has always kept the needs of our membership at the center of discussion and decisions regarding honors education.”