There will be an emphasis on leadership at the 2019 Healthcare Symposium. Retired Army Major General and former Deputy Surgeon General David Rubenstein will be the event’s speaker, which is hosted by the Jiann-Ping Hsu College of Public Health (JPHCOPH) at Georgia Southern University. The symposium will be April 10 from 12:30 to 2 p.m. in room 2071 of the Arts Building on the Statesboro Campus. 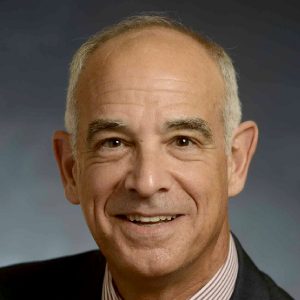 In Rubenstein’s talk, “To Lead Others, First Lead Yourself,” he will speak about current issues in health care before transitioning to a discussion about leadership across all careers and career stages. He will ask attendees to consider the leader development of themselves and their teammates from the point of view as an executive and mentor.

“We are very pleased and honored to once again to have General David Rubenstein as our special guest speaker for our annual healthcare symposium,” said Associate Professor and Distinguished Fellow in Healthcare Leadership James Stephens, DHA. “He is an internationally known speaker on healthcare leadership.”

Rubenstein ended his 35-year Army career as the Army’s Deputy Surgeon General and Commanding General of the Army Medical Department Center and School. Concurrently, he was also Chief of the Army Medical Service Corps. He is a graduate of Texas A&M University and the Army War College, and he has a master’s degree in health administration from Baylor University. He has been listed in six Who’s Who publications and has twice been included in Modern Healthcare’s lists of 100 most influential people in health care.

His professional credentials include being a board-certified health care executive who is a past chairman of the American College of Healthcare Executives. He is chairman of the Association of Military Surgeons of the United States (AMSUS), The Society for Federal Health Professionals, and he represents the public on committees of the Accreditation Council for Graduate Medical Education and the American Board of Medical Specialties. He has authored numerous peer-reviewed professional articles and book reviews and is a clinical associate professor of health administration at Texas State University.

The 2019 Healthcare Symposium is sponsored by East Georgia Regional Medical Center and JPHCOPH.