Georgia Southern University’s Department of Biology and  Department of Geology and Geography will host the Inaugural Darwin-Lyell Distinguished Lecture Series on the Statesboro Campus on May 1 and 2. Internationally recognized scientists and authors, Tim Berra, Ph.D., and Alistair Sponsel, Ph.D., will give seminars on consecutive evenings beginning at 7 p.m. in the Nessmith-Lane Building, room 1915. 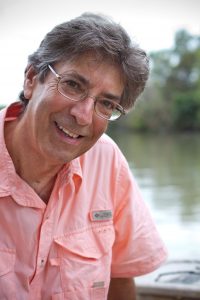 Berra joined The Ohio State faculty in 1972 and is now an Academy Professor and Professor Emeritus of evolution, ecology and organismal biology at Ohio State University – Mansfield. He is a three-time recipient of Fulbright Fellowships to Australia and has spent more than 11 years doing fieldwork there. Berra is also the author of more than 85 scientific papers and eight books. Three of his books focus on the concept of evolution, Charles Darwin and the Darwin family. He is nationally and internationally recognized for his lectures on the life of Charles Darwin. 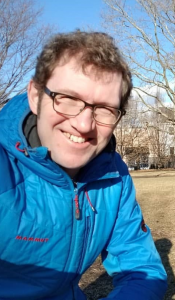 Sponsel is a historian of science with special interests in geographical exploration, the environment, life sciences and the physical earth sciences. He completed his Master of Science at Imperial College in London and his Master of Arts and Ph.D (2009) in history of science from Princeton. He was a postdoctoral fellow at the Smithsonian Institute where he worked on the Darwin Correspondence Project and taught at both Harvard and Vanderbilt universities. Sponsel’s research has taken him to several continents and his essays and reviews have appeared in many academic journals and books. Sponsel has recently completed his first book, Darwin’s Evolving Identity: Adventure, Ambition, and the Sin of Speculation.

This event was made possible by a generous donation from Bill and Martha Lovejoy.  Bill Lovejoy, Ph.D., is an professor emeritus of biology who taught at Georgia Southern from 1968-1987. Lovejoy says, “It is my hope that this seminar series will motivate students for years to come and will serve as an inspiration to faculty and drawing interest to the general public.”

There will be a book signing on May 1 after the lecture and a public reception on May 2 following the lecture. The lectures are free and open to the public.