Georgia Southern University Assistant Professor of Film Studies Amanda Konkle, Ph.D., who recently had her book “Some Kind of Mirror: Creating Marilyn Monroe” published by Rutgers University Press, will be at E. Shaver Booksellers in Savannah on May 18 for a signing event. 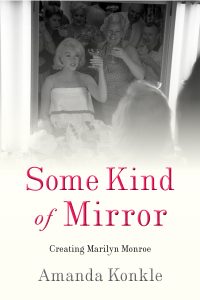 “Some Kind of Mirror: Creating Marilyn Monroe” offers the first extended scholarly analysis of Marilyn Monroe’s film performances. The book looks at how people united the contradictory discourses about women’s roles in 1950s America. Konkle said in the book that Monroe’s star persona resonated with audiences because it engaged with the era’s critical debates regarding femininity, sexuality, marriage and political activism. She explores how Monroe drew from the techniques of method acting and finely calibrated her performances to better mirror her audience’s anxieties and desires.

Although she remains one of the all-time most recognizable Hollywood icons, Marilyn Monroe has seldom been ranked among the greatest actors of her generation. Critics have typically viewed her film roles as mere extensions of her sexpot star persona. Konkle said this ignores both the subtle variations between these roles and the acting skill that went into the creation of Monroe’s public persona.

Drawing both from Monroe’s filmography and from 1950s fan magazines, newspaper reports and archived film studio reports, “Some Kind of Mirror: Creating Marilyn Monroe” considers how her star persona was co-authored by the actress, the Hollywood publicity machine and the fans who adored her. It is about why 1950s America made Monroe a star, but it is also about how Marilyn defined an era.

Copies of the book will be for sale at the signing event, and they can be found in the Georgia Southern bookstores.