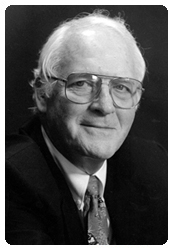 Professor Emeritus and alumni, Robert Strozier, Ph.D., passed away April 28, in Savannah. Strozier is being remembered as a mentor, poet, acclaimed speaker and extraordinary English professor on the Armstrong Campus.

Strozier graduated from Armstrong Junior College in 1949 with a degree in liberal studies. He returned to Armstrong after getting an Applied Baccalaureate, a Master of Arts and a Ph.D. in American literature from other institutions. He taught generations of students for over 40 years and also served as director of public relations.

In 2015, Strozier received the 2015 Eminent Alumni Award, and the annual faculty Robert I. Strozier Lecture Series is named in his honor. Strozier, who was active in civic leadership, was a founding member of the foundation that purchased the Flannery O’Connor Childhood Home and turned it into a significant literary center in downtown Savannah.