The MDC directs, produces and manages video projects and more than 100 live events each year, including Eagle athletic events that are carried on ESPN3 and other nationally televised broadcasts. The projects provide Georgia Southern students with training and media experience that translates into real-world opportunities.

The student production teams received nominations in the following categories:

“The number of nominations this year received by the MDC and our students is unprecedented for us in terms of the quality of our entries, as well as the quantity of nominations,” said Berger, director of the center. “We are especially proud to reflect our university’s diversity with our two professional Emmy nominations in the Spanish-speaking categories. The MDC’s primary focus is to provide students with professional media and growth opportunities through hands-on learning. We are very proud of our multiple nominations and in particular the national recognition of our student’s outstanding video work by the Emmy Awards.”

Bradon Holder, a senior electrical engineering major from Orange Park, Fla. has been involved with the MDC for two years and was nominated in four categories.

“The experience working at the MDC has provided me with an unsurpassed professional experience in the broadcast and video production field. I have been presented with numerous opportunities to grow and really augment my major of electrical engineering with this educational experience. I can’t thank Georgia Southern University enough for this opportunity,” said Holder. 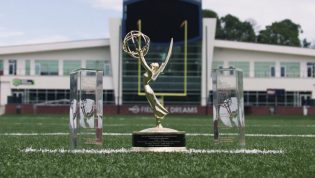