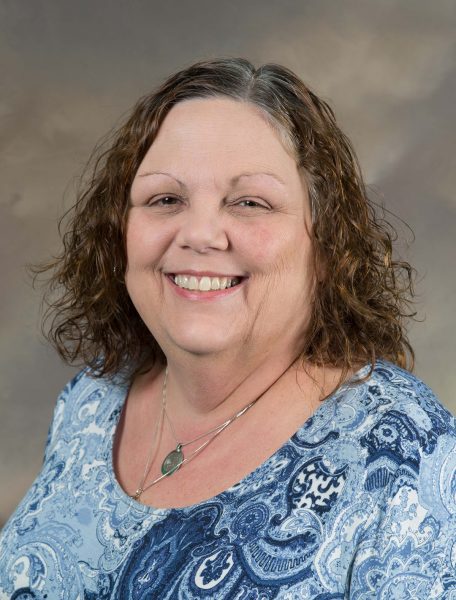 Karen Phipps, director of the College of Education’s EAGLE Academy, was named a recipient of the Deen Day Smith Service to Mankind Award announced during a May ceremony.

The Deen Day Smith Awards honor Statesboro and Bulloch County citizens for their devotion to others and the community. The annual banquet is hosted by the Statesboro Herald.

“I was overwhelmed, shocked and humbled,” Phipps said. “I was going to support others and then realized I was being honored and given the royal treatment.”

Included in Phipp’s recognition was her service and commitment to the community during the aftermath of Hurricane Matthew. Once the storm passed through Bulloch County, she began working to assist community members in providing leadership to organize food donations, prepare meals and coordinate volunteers. With hundreds of people in Bulloch County without power, food was provided for a week after the hurricane left its mark.

Once power was restored, Phipps immediately began working with community leaders to form a local membership of the National Voluntary Organizations Active in Disaster (National VOAD). Members of National VOAD form a coalition of nonprofit organizations that respond to disasters as a part of their overall mission including the American Red Cross and collaboration with the Federal Emergency Management Agency (FEMA).

Phipps also serves as the coordinator of the local soup kitchen hosted at the Statesboro First Methodist Church each Saturday.

“My heart is with the less fortunate,” she explained, “right next to my heart for individuals with special needs.”

Phipps joined the College of Education in 2016 as an adjunct faculty member and became the director of the EAGLE (Equal Access to Gainful Employment) Academy in January 2017. This inclusive post-secondary education program provides students with mild intellectual and developmental disabilities the opportunity to attend the Georgia Southern and develop job and life skills.

Phipps says that volunteering was instilled in her at a young age.

“My grandmother had me out doing community service as a young child,” she explained. “I was raised that you were just supposed to serve and help others.”

She is active in various other community roles including the Wesley Board of Directors; Leadership Committee for Relay for Life Bulloch County; a faculty advisor for the Student Council for Exceptional Children (SCEC); and a member of Compassion Christian Church of Statesboro.

Phipps was one of 18 citizens to receive a 2017 Service to Mankind Award.

The Deen Day Smith Service to Mankind Awards event is named for renowned humanitarian Deen Day Smith Sanders, whose husband founded Days Inn of America. The exclusive gala honors area residents who are nominated by peers and selected by a committee that reviews their history of compassion, giving and helping others. The event is sponsored by several area businesses and individuals.