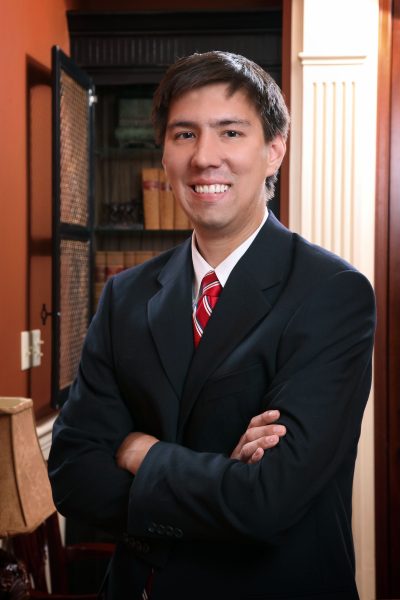 Georgia Southern University alumnus Robert “Bob” Mikell (‘07), eighth generation Bulloch County resident and 2017 Alumnus of the Year for the University’s College of Liberal Arts and Social Sciences, will serve as the community chair of the University’s 44th annual community A Day for Southern campaign Sept. 6-11. The official donation total will be announced on Tuesday, Sept. 12.

A Day for Southern is designed as a way for the University and the community to recognize that anyone can be a hero. Gifts to the campaign not only support the campus community, but also enhance the longstanding and positive impact Georgia Southern has made on the Statesboro and greater Bulloch County community. Forty-four years ago, a few volunteers from Statesboro and Bulloch County joined with university officials and built upon the then 66-year relationship between the college and community by participating in the very first A Day for Southern campaign.

“I’ve always said I would do whatever Georgia Southern asked to support the University; however, I never envisioned having to wear a mask and cape,” laughed Mikell. “I was approached by my friends Gloria Goosby and Wendell Tompkins with the Office of Annual Giving who knew that I would never pass up the once in a lifetime opportunity and honor to help the University that I love as Community Chair for A Day for Southern.”

Funds raised not only help Georgia Southern enhance programs that attract and support research and scholarships, but they also provide learning and cultural experiences through the University’s various outreach centers. Supporters of A Day for Southern are encouraged to give to the areas at the University for which they are most passionate, whether it is a scholarship fund, a college within the University, athletics or one of a variety of student programs and services.

“A Day for Southern is a special time for this community to once again strengthen the bonds that were forged over the past 110 years,” said Mikell.

Mikell, an attorney for Brown Rountree PC in Statesboro, currently serves as second-vice chair of the Statesboro-Bulloch Chamber of Commerce and on the Board of Directors of the University Alumni Association. Over the years, Mikell has also served as the chair of the Downtown Statesboro Development Authority and as president of Habitat for Humanity of Bulloch County and the Bulloch County Bar Association. He and his wife, Kelley, have two girls, 4-year-old Claire and 2-year-old Abby.

Mikell is a member of the South Main Revitalization Committee and is dedicated to improving the “Blue Mile” corridor between Downtown Statesboro and the University campus.

“Bob’s involvement in the campus community and Statesboro-Bulloch County community make him an obvious choice for chair,” said Gloria Goosby (’04), director of Annual Giving for University Advancement. “He represents what we’re looking for in a leader, community spirit, a giving heart and a positive attitude.”

For more information on A Day for Southern, or to be a hero and make a financial gift, visit GeorgiaSouthern.edu/ADFS.