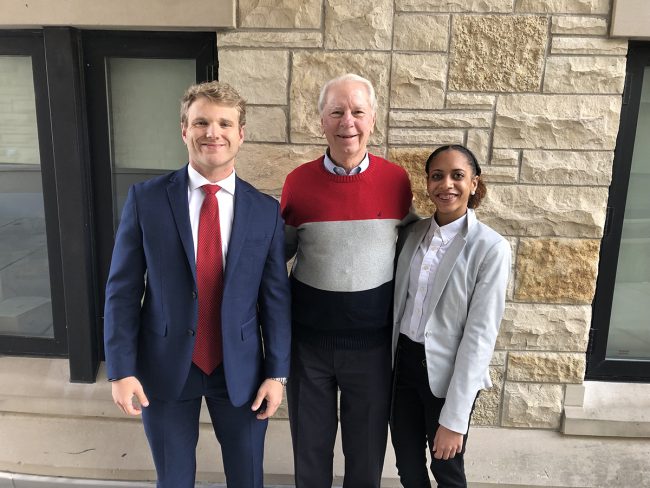 Mya Carter and Cole Sammons, students in the Parker College of Business at Georgia Southern University, competed among the nation’s best undergraduates during the University of Toledo Invitational Sales Competition (UTISC) — the only national sales competition dedicated to non-senior students.

The UTISC allows students to develop their skills and network outside the shadow of seniors while universities are able to demonstrate the strength of their sales programs. Sponsored by 3M™, the students participated in a role-play scenario to sell one of the company’s leading-edge products, 3M™ Foil Tape.

“I learned that you can add your personality into your presentation to help build relationships with the customer,” said Carter, who was a first-time competitor. “The Citrix recruiter called me a natural, and I was offered internships from Citrix, Goodyear and International Paper.”

“The opportunity to compete at the UTISC expanded my network and gave me an advantage over other sales students to work on my sales skills before entering the field,” said Sammons.

This is the fourth year the College has sent two undergraduates to the UTISC.

The Center for Sales Excellence (CSE) at Georgia Southern University, established in 2007, supports and promotes students pursuing careers in sales. Through the CSE, students gain experience with sales role play in dedicated labs and go on to compete at the national level. The CSE also works to bring students together with companies in the industry who are looking to hire new talent.