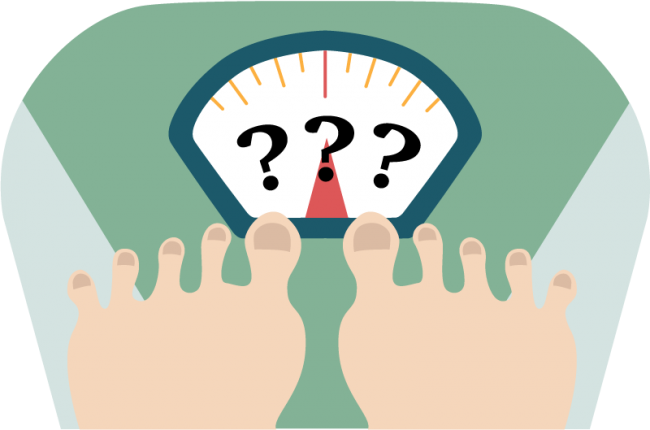 A new Georgia Southern study shows that even though obesity in the U.S. has reached historic highs and nationwide public awareness campaigns have outlined the associated health risks, the number of overweight and obese adults trying to lose weight has steadily fallen.

The research brief, titled “Change in percentages of adults with overweight or obesity trying to lose weight, 1988 to 2014,” was a student-led research effort by Kassandra Snook, Carmen Duke and Kathryn Finch, all 2016 graduates in the Master of Public Health program at Georgia Southern. The brief was published in the March 7, 2017 issue of the Journal of the American Medical Association (JAMA), the most widely circulated medical journal in the world.

“We observed a rising percentage of overweight people who believed that their body weight was just fine,” said Dr. Jian Zhang, associate professor of epidemiology in the Jiann-Ping Hsu College of Public Health, who supervised the study. “Surprisingly, my students found that no scientific effort had been made to verify this hypothesis, and we were not sure Americans were truly translating the elevated awareness about the obesity crisis into action.”

The students used data from the National Health and Nutrition Examination Survey (NHANES), an ongoing survey conducted by the Centers for Disease Control and Prevention (CDC), to examine the theory. They reviewed survey data from 1988-1994, 1999-2004 and 2009-2014, which revealed an alarming divergent trend: the prevalence of overweight and obesity increased, and the number of overweight and obese adults trying to lose weight decreased.

“You would hope that as being overweight and/or obese become more well-known risk factors for a variety of conditions and diseases, more people would attempt to avoid that risk,” said Snook, lead author of the brief. “I think the results of this research are very significant in showing that the obesity epidemic is continuing, and will continue to worsen as long as no weight loss attempts are made.”

Zhang, who has worked with the CDC in both the U.S. and China, says the study is all the more alarming due to the significant resources that have been invested in the obesity problem worldwide.

“Substantial effort, including research funding, has been invested to support biological research in obesity, clinical trials, development of new drugs and devices, and community-based programs to stem the tide of the obesity epidemic,” he said. “Our study, taken together with the most recent reports in JAMA, does not suggest much success — neither in decreasing prevalence of obesity nor motivating people to lose weight.”

Andrew Hansen, Dr.P.H., assistant professor of community health behavior and education in the Jiann-Ping Hsu College of Public Health (JPHCOPH), and one of the brief’s co-authors and supervisors of the study, says the discussion of obesity isn’t a discussion about external looks. It’s a discussion about health. And with health care being one of the most relevant topics in the country right now, it’s even more important to discuss the health of our citizens.

“Why is it important that everybody in the population is healthy? Well, because if they’re not, it’s going to cost us all more money,” he said.

And obesity’s costs are far-reaching. According to a 2012 article in the Journal of Health Economics, obesity-related illnesses account for a staggering $190.2 billion annually — nearly 21 percent of all medical spending in the U.S. A 2007 study in the Journal of Occupational and Environmental Medicine found that obesity-related job absenteeism is costing American businesses $4.3 billion annually. And these costs will continue to rise.

The research brief doesn’t identify potential solutions to the epidemic itself, and only points to individual body weight misperceptions and failed weight loss efforts as possible culprits in its findings. However, Hansen says that health care access, and inexpensive screenings such as the body mass index (BMI) metric, which is available online at the CDC website, can at least help people make the small corrections necessary to steer toward a better outcome.

Students take the lead
JAMA is one of the most highly respected medical journals in the world, and is highly selective in its content. For co-authors and mentors Hansen, Zhang and Amy Hackney, Ph.D., professor of psychology at Georgia Southern, the publication of this research brief is a career highlight. For the three recent public health graduates, one of which was lead author of the brief, the publication is a career launch.

“It is absolutely amazing to have my name on a JAMA article, especially considering that this was a project completed as a student,” said Snook.

Greg Evans, Ph.D., dean of the JPHCOPH, says both undergraduate and graduate research opportunities are just an extension of the University’s emphasis of hands-on experiences for its students.

“Public Health education focuses on applying the skills taught in the classroom to real-life experiences,” he said. “Our students learn volumes from research projects such as this, and to have their efforts recognized in such a renowned publication is a great achievement.”

Hansen says he and his colleagues value students and their progress, and give them opportunities to prove themselves and highlight their abilities. He says Snook, Finch and Duke have proven themselves in abundance.

“I really look forward to seeing where these students are in five or 10 years, because I can tell you right now, it’s going to be somewhere big,” he said.