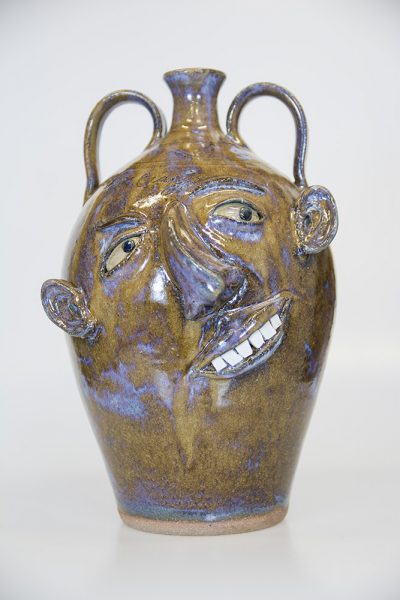 Graduate student Annamarie Kistler has worked meticulously to convey the stories of folk potters in the region through her historical exhibit “Common Clay.”

“Southern folk pottery owes its survival to the potters’ desire to preserve a traditional way of life in which pottery making was fully integrated,” Kistler said. “Its unique contribution to the economic and cultural history of the South makes folk pottery a story worth sharing.”

To tell the story, Kistler carefully selected pieces from the University’s Smith Callaway Banks Southern Folk Art Collection. Her exhibit will feature work from renowned folk potters from Georgia, North Carolina and South Carolina to explore the historical importance and the changing role of folk pottery in the south.

“In 2006, Banks donated a large portion of his collection to the University. Today, the collection consists of 250 different folk pottery pieces and nearly 230 two-dimensional paintings and drawings,” she said. “When I was working as the collections manager at the Center for Art & Theatre, the folk pottery collection always stood out to me because the pieces are so different from any other art form that I have studied.”

Each of the featured pieces tell the stories of potter families who adapted to the economic and social developments of the 20th century, shaping their work from once-essential household items to highly valued and collected folk art.

Although she plans to graduate in May with a master’s in history, Kistler says that art history has always been her true passion.

For more information about the University’s Center for Art & Theatre, visit http://class.georgiasouthern.edu/cat/.