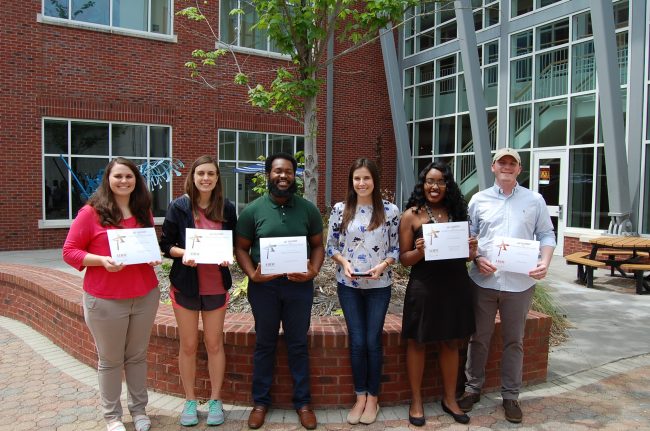 “We are very proud of our outstanding student achievements at the ADDY awards,” said Associate Professor Santanu Majumdar. “This kind of recognition reconfirms the quality of design work produced by the young designers at the Betty Foy Sanders Department of Art.”