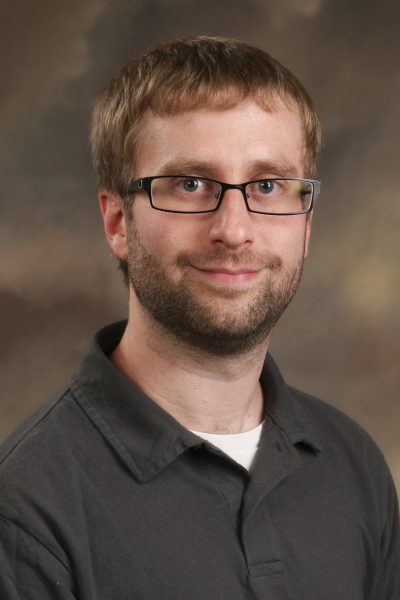 Absolving crime in cities has been on Assistant Professor Chad Posick’s radar for some time. He’s taking his skills in public policy and program evaluation to the streets of Savannah, Georgia.

Prior to coming to Georgia Southern, he spent almost a decade in cities like Rochester, New York, and Boston, Massachusetts, working on efforts such as Project Safe Neighborhoods, an anti-gang initiative in New York, as well as the Senator Charles E. Shannon Community Safety Initiative in Massachusetts.

Posick, Ph.D., began research in the spring of 2017 on Savannah’s Violence Intervention Program (VIP), an effort designed to intercede violence and break the cycle of repeated victims of violent crimes. VIP has been in effect at both Memorial Health and Candler hospitals in Savannah since 2013 and is now in an evaluative state.

“Trauma surgeons see the same people in the ER time and time again for gun wounds, stab wounds, etc.,” said Posick. “We know that the best predictor of future violence is to have been a victim before. That’s why we want to use this research to study victims and violent offenders to prevent future crimes.”

Posick is working to conduct mixed methods analysis, including participant interviews and background analysis, to ascertain quantitative and qualitative data to determine how long after the VIP program a participant is likely to be involved in violence again. He hopes to determine the effectiveness of the program and help to establish the best timeline for program intervention.

Posick has also begun research on the Smart Prosecution Project, an initiative aiming to identify areas of concentrated violence in Savannah and to help divert individuals in pockets of crime to other programs while focusing prosecution on the most frequent violent offenders. The Bureau of Justice Assistance awarded the city of Savannah $350,000 for the Smart Prosecution Project over the next two years. Of that, $150,000 will go to Georgia Southern to conduct an evaluation for the program, and Posick will work closely with the Chatham County District Attorney (DA) and alumna Meg Heap (‘86) to help add empirical evidence to support the effectiveness of this project.

“We hope to reduce the cycle of violence in Savannah,” said Posick. “We hope to help promote more collaboration between the community and the police and to improve the way they relate to one another. My goal is to find data to support the legitimacy and effectiveness of VIP and the Smart Prosecution Project.”

Posick is identifying and analyzing city violence hotspots using crime-mapping and law enforcement data, and will issue a final report to the Chatham County District Attorney’s Office that addresses identified challenges and evaluates the program’s impact. to.

Not only is Posick working closely with the DA Office and Heap, but he is also working with Kristin Fulford of the DA’s Office, Rochelle Armola of Memorial Health University Medical Center and the Ochsner Institute for Injury Research and Prevention. Posick has also used his research as an opportunity to give Georgia Southern graduate students the chance to get hands-on learning experience in the field.

“This work supports [graduate students],” said Posick. “They add great insight to these projects, and this work allows them to get their boots on the ground and do some good in their community outside of the classroom.”

For more information on Posick’s work and the VIP and Smart Prosecution Project, visit http://www.smartprosecution.apainc.org/.