The Georgia Southern University Theatre and Performance Program received several national awards on April 3 from the Kennedy Center American College Theatre Festival for their production of “She Kills Monsters.”

The Program received one Outstanding Award for Ensemble of a Play, which recognizes the top cast, and eight distinguished awards including:

This is the second Georgia Southern production to be nationally recognized by the KCACTF. 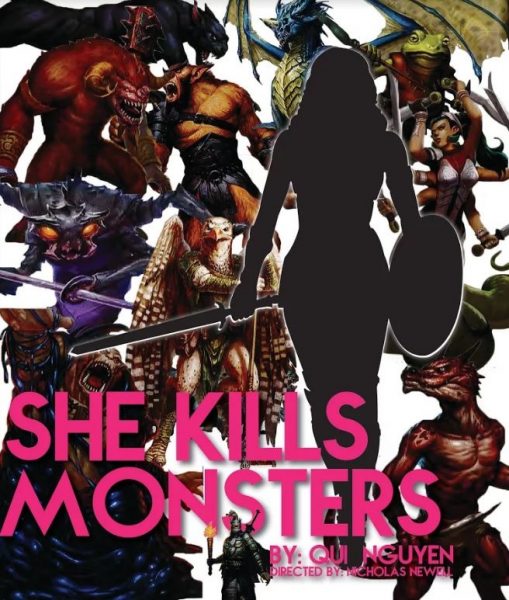 “Participation and recognition in KCACTF gives our students a recognized level of achievement that will be on their resumes and portfolios,” said said Lisa Abbott, associate chair of the Department of Communication Arts. “In addition, participating at the festival at the regional level gives them an opportunity to work with professionals from around the country, network with other students, take master classes and observe the work of their peers.”

“She Kills Monsters” tells the story of Agnes, played by Alexandria, a young woman who is attempting to deal with the loss of her 15-year-old sister, as she discovers her sister’s imaginative fantasies she left behind through the fantasy game world her sister left in her journals.

The play, written by Qui Nguyen and directed by Newell, originally opened in November 2016, at the University’s Black Box Theatre. The play was one of five invited to perform at the 2017 Kennedy Center American College Theater Festival Regional Festival (KCACTF), Region IV hosted by Georgia Southern Feb. 7-11. Region IV is comprised of nine southern states and Puerto Rico.

After nearly 11 weeks of rehearsals, hours of production and choreography, Abbot is pleased to see the hard work of the students, faculty and staff involved pay off.

“We are very proud of our students and faculty who are being recognized nationally,” said Abbott. “The Outstanding Ensemble award really emphasizes what we teach our students — that shows succeed when we all work together as collaborative artists.”