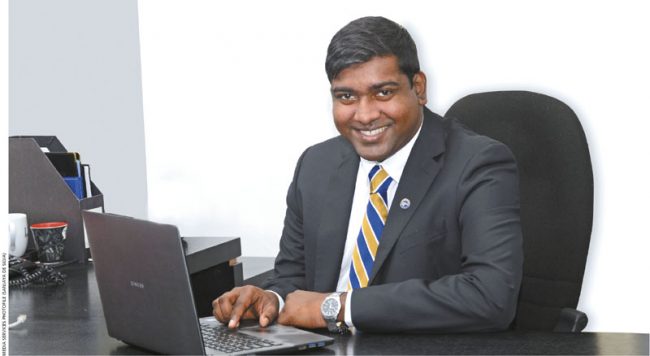 Dylan John (‘16), president of the University’s Student Government Association (SGA), can now add “finalist in the Campus Legacy 2017 Student Body President of the Year,” a national competition, to his growing list of leadership credentials.

This award, sponsored by the National Campus Leadership Council (NCLC), recognizes an outgoing student body president who has made a resounding impact on campus, exemplifying numerous tenets of strong leadership and the power of student leadership. John, an applied engineering master’s student and future Double Eagle at the University, is among just four of 18 students nationwide to be named a finalist for this award.

“As SGA presidents, we undertake a mantle of service to our students. Often working many long hours while balancing school, work and our leadership roles,” said John. “Making it to the finals alone gives me great honor, as it is a recognition of balancing my role as a student and student leader as well as a testament to my leadership efforts in rallying students behind advocacy efforts that improve our University and student experience.”

His project Vision 20/20, a statewide initiative and framework for ranking and advocating for student concerns, is what John claims will be his lasting contribution at the University and is what he credits largely for this award nomination.

“SGA Vision 20/20 without a doubt is my legacy as a student government president,” said John. “This is a very big step toward connecting more students to influencers and decision makers, which showcases the success of SGA Vision 20/20 and its purpose.”

The winner of the inaugural Campus Legacy Student Body President of the Year award will be named at a luncheon on June 5 in Washington, D.C.

In addition to being a finalist in this competition, John has also recently been named a Potts Leadership Award recipient as selected by his peer SGA presidents in the state of Georgia.

To learn more about John and the NCLC awards, visit https://www.campusleaders.org/story/172/sbp_finalfour.